It’s no secret that Amsterdam is known for being one of the perfect places to go and get high. Being quite possibly the most popular place for beginners-experienced smokers to go in Europe.

I first went to Amsterdam in September 2015. Me and L decided to go. It was quite spontaneous. He had been before so it was reassuring knowing that he had a rough idea of where to stay and the best places to smoke. We went just as a weekend away but this way before I had the confidence to smoke in public. I was paranoid about my asthma reacting to the smoke and me then having a huge coughing fit in the middle of a coffee shop so I said to L I would just stick to space brownies. When we arrived we dropped our bags off at our hotel and went to a coffee shop down the road called Baba’s. Great place! I ate my space brownie, L smoked a joint and we chilled out whilst listening to Bob Marley. We sat round a table with fellow smokers who were using a bong and the whole atmosphere was just uplifting. We decided to go out and explore. L showed me the main streets of Amsterdam which are mostly filled with small convenient stores, sex shops or coffee shops. The place is truly unique. The buildings, hotels and homes there are cute in a way. They are the type of buildings you wouldn’t really see in the UK. Quite outdated but well set out.

Our second day there and I was beginning to get bored of just eating space brownies. So L came up with a brilliant idea. Our hotel room was on the very top floor and had a window that opened up onto the roof. Our room was situated almost in the middle of the hotel so there was no views of Amsterdam town or the streets below as the chimneys covered everything up. What better place for me to smoke a joint then on the roof of our hotel? So we got ourselves a joint from Baba’s (along with some shrooms to try out because why not?) and we sat on the roof. L started the joint and passed it to me. I didn’t even cough. I was so proud of myself and so was L. We finished off the joint on the roof and it’s a treasured memory for both of us.

Once we clambered back into our room via the window we decided to give the shrooms a go (shrooms are also legal in Amsterdam and can be bought in the convenient stores). It was our first time doing them and we decided to go with tampanensis which was one of the strongest ones we could buy (probably not the best idea as first timers). We ate 2 each to start off with so we had an idea of the taste and texture. They tasted like dirt. We flushed them down with lots of water. After about 15 minutes I wasn’t feeling anything and being the smart arse I am suggested we finish the packet off. So we ate another 4/5 shrooms each and the trip began…

It’s a bit of blur. We were lay on our beds which were at either side of our hotel room. L’s bed was under the window on the roof which we left open and he had the TV at the end of his bed. We were just lay watching the TV when all of a sudden a pigeon almost flew into our room. It’s something we still laugh about today because after it happened we spent the following 20minutes or so laughing about it. My ribs were hurting from laughing that much. Once we had collected ourselves we carried on watching the TV and all the colours on the TV were illuminated. Almost neon. It was very bright and very colourful. I then began to get pins and needles in my legs and they kept twitching. Every time they twitched I kept giggling. I then fell asleep for a bit and had the most colourful dream. I can’t really remember what happened in it but when I woke I saw a Chinese dragon floating around our hotel room. At first it was pretty fucking freaky but then I was amazed by it. I looked over at L and saw him stroking the hotel wall. I thought it was best I leave him be…so I decided to eat my skittles. I was lay in bed, facing my wall and eating my skittles so quickly I’m surprised I didn’t choke on them. Skittles are a pretty loud food to eat and along with the rustle of the packet every time my hand dove in there I began to get super paranoid about how much noise I was making. I didn’t want to disturb L. It’s a feeling that I can’t quite describe now. I just really didn’t want to disturb L. I wanted to eat my skittles, I was starving but I knew I was making a lot of noise. Once I finished my skittles the rest is just a blur. Me and L woke up about 8-10 hours later having no recollection of what we did, said or saw. We were still pretty fucked when we woke up but we were both starving. I suggested we go to the vending machine in our hotel lobby but L could clearly see I wasn’t going to make it down several flights of winding stairs alive. So he went down and after what felt like half an hour L came back with 2 packets of crisps. Salt and vinegar and Bolognese flavour…Bolognese. I love spag bol but not as a flavour of crisp. To make things slightly worse (but also funnier) we were flying home in about 6 hours. So we went back to sleep and woke up still fucked. I can’t remember how we got to the airport. I can remember being sat in the airport, eating maccies and both laughing about the trip. Oh how I wish it had been videoed because to this day it is still a mystery. Neither of us know what happened for the rest of that day. One of life’s biggest mysteries.

The second time we went for my 21st back in January 2017. We went for a long weekend this time and explored the city of Amsterdam a bit more. We went to the sex museum which was actually quite interesting. A lot of history in there. For my birthday I decided to get a bunch of space brownies and holy shit they were strong. I think we ate 2 each and slept through to the evening when our alarm went off. We were going to the ice bar that evening for my birthday. When we woke up from our nap we were still high as fuck so the walk to the bar was interesting. When we left the bar we were still high as fuck and I’m not entirely sure how we made it back but on our way back we decided to pick up some shrooms (of course). We went for a different type this time, not as strong but I cant remember what they were called. We got back to our hotel room and necked the shrooms. Didn’t really feel much, so we had another space brownie and began to feel high. After a while the walls seemed to move and we were very, very high. So what better way to get even higher then to take co-codamol?! A few weeks prior I had fractured my rib and was prescribed these painkillers. I took them to Amsterdam in case I got in any pain with my ribs. My rib was feeling alright so me and L decided it was okay to take one each because well fuck it. You only turn 21 once!! The painkillers took us to another level. I’ve never laughed so much before. We had the best evening ever and its something we still look back and laugh about now. 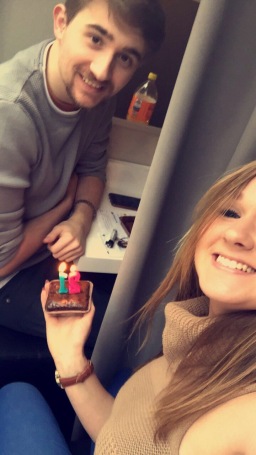 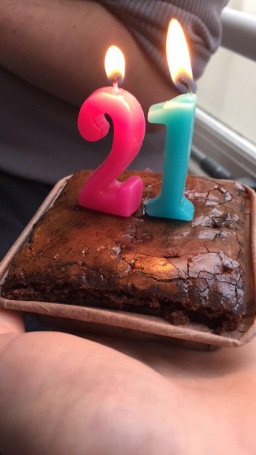 I’m hoping to go back to Amsterdam one day. It’s a beautiful place. The people are all lovely, the atmosphere is chilled and it’s gorgeous all year round.

Amsterdam you will always have a piece of my heart.

Sending love and happy vibes to you all,