Iceland was a spontaneous mini holiday. My 20th birthday was coming up and I didn’t want to spend it in the UK and Iceland was the first place that came to mind. I wanted to go somewhere different. I messaged L asking if he would be up for it and a few days later our long weekend away was booked.

We flew from Manchester and the flight there was about an hour and a half which was ideal. Short and sweet. When we were due to land I had the window seat and it was dark outside but we couldn’t see any lights on the land below. We were getting closer and closer to landing and so far there was no sign of a town or even a village really. We weren’t 100% sure what to expect.

Yes Iceland is cold but I personally think it’s the wind that is colder. I’m naturally a warm person so the cold doesn’t bother me but that wind. That wind will take you to new levels of cold. We got on our bus to our hotel and looked out at the vast amounts of rocky land and snow. There wasn’t a lot here. As we were driving along we would see the odd house every now and again. There would be Icelandic ponies dotted around in the snow everywhere.  This was going to be very different from any holiday I had been on before but I was remaining open minded. When we arrived at our hotel we went out and explored. There is just ice everywhere. What would be a 15 minute walk would take half an hour purely because you could not walk at a normal pace. Me and L ended up walking down to the sea front. It was pretty, then we put our glasses on and holy fuck. It was gorgeous. It was just surreal to be in a place like this. 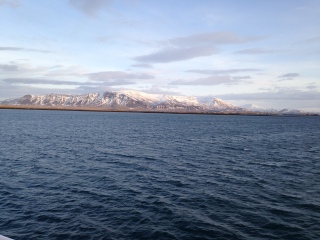 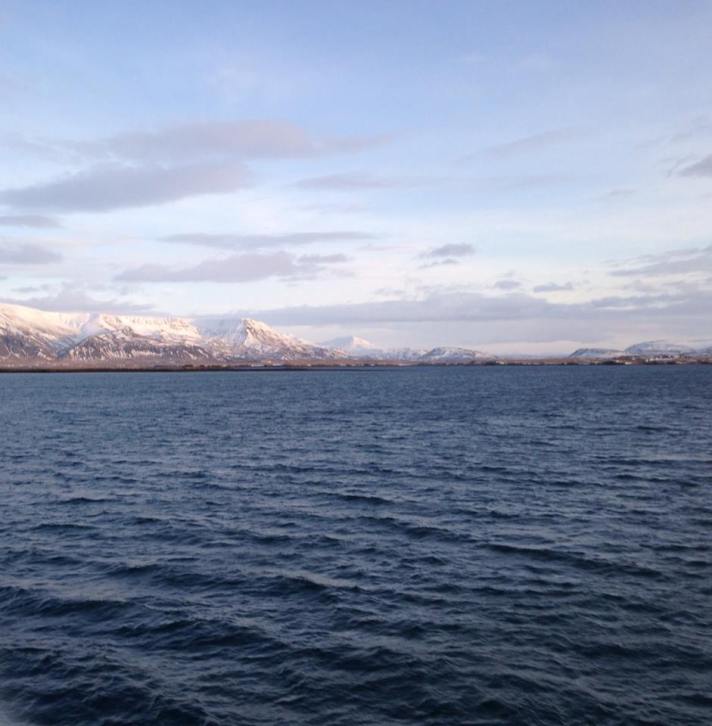 We were staying in Reykjavik and as we had no form of transportation (or any real idea of what to do) we booked on for a couple of tours. One of the tours we went on was called The Golden Circle Tour. The tour featured several different stops. Our first stop was at the Pingvellir National Park. There’s a lot of history here. Pingvellir is where the early settlers established their communities which eventually created the Iceland that we know today. Whilst we were here we also got to see the American and Eurasian continental plates which are pulling apart roughly 2cm every year. The national park is also home to Iceland’s biggest lake, Pingvallavatn. At this point it was still dark. It was around 9:00am and the sun wasn’t going to rise till about 11:00am but then it also sets about 15:00-16:00pm so the daylight hours are pretty short lived there!
Our next stop was Gullfoss Waterfall and this is a view that I will never forget. It was just beautiful. The roar of the fall combined with the blue water and white snow is just breathtaking. This was the moment I realised Iceland is truly something special.
Our next stop was to see the Geysers. There’s a pretty famous geyser there called Strokkur Geyser which shoots steaming hot water up into the sky every few minutes. We were given a good half hour or so to explore here. The sun had almost risen by this point and there was a hill which you could walk up (if you dared). All the paths are covered in inches of ice but me and L love a challenge so we somehow made it to the top of this hill where we managed to see the sun rise in the distance. Getting back down though…it was pretty scary but also hilarious. There was a point where L over took me and was almost at the bottom but then he stopped to take a picture. Mid way through capturing a picture his feet begin to uncontrollably slide down the hill. I literally stand there, laugh and watch him slide down this hill with no control over what is happening. A moment I will never forget.
Our last stop on the tour was to a thermal pools spa. Laugavatn is home to the Fontana Geothermal Spa which was the perfect place to end the day. We had a choice of several different pools all at different temperatures along with a couple of saunas and steam rooms all naturally heated. Towards the end of our stop there me and L sat in the hottest pool, surrounded by the snowy mountains, the crisp Icelandic air blowing on our faces and overlooking the lake. It was bliss. You had the option of going for a swim in the lake if you wanted, however there were chunks of ice floating on it so it was a swift no from L and I. 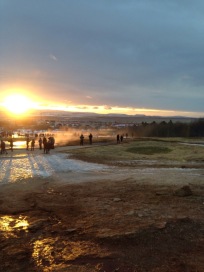 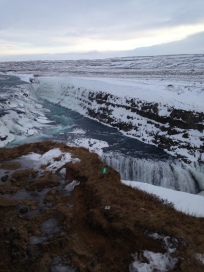 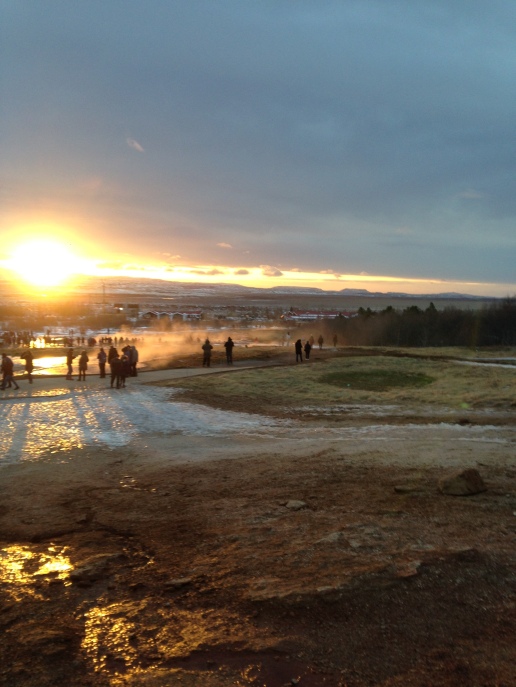 On the day of my birthday we went whale watching. We got given a full body waterproof thermal suit but it still didn’t stop us from feeling that fresh Icelandic air. Sadly we didn’t see any whales and it was so bloody cold out on a boat in the middle of the sea eventually we were just happy to get back to our radiator in the hotel room. That night we were booked on a Northern Lights tour (another boat tour…). The tour took us out past the harbour and after being out there for what felt like hours our tour guide almost took us back and then all of a sudden we could see the green lights in the sky. It wasn’t as bright as what you see on some of the pictures. I think it was quite cloudy that evening but I still managed to see the Northern Lights, on my birthday and with my bestfriend. It was a great day. The following night L and I went to a bar in the centre of Reykjavik. We made friends with some of the locals, stayed out will it turned 00:00am and the 9th January arrived. I was officially 20 years old. I ended up getting pretty drunk and stumbled into a taxi back to the hotel only to then get another taxi to the airport in a few hours… 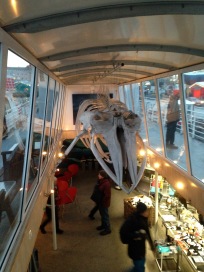 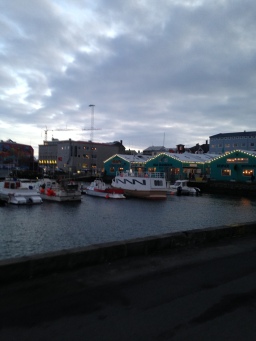 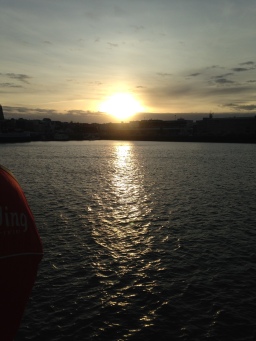 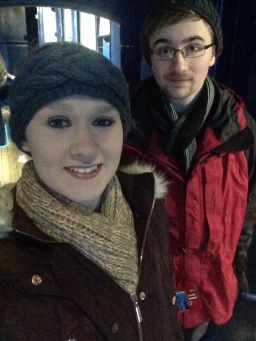 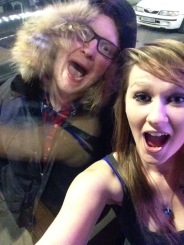 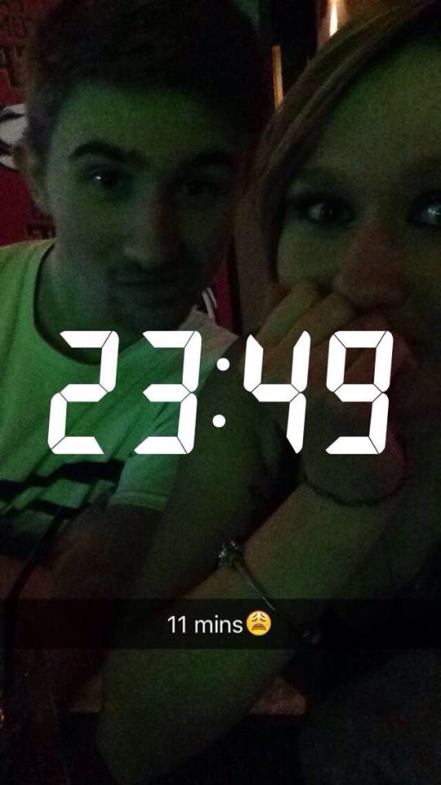 Our flight home was a bit sad. Not just because I had a killer hangover but I was genuinely sad to leave such a beautiful place. We flew home just after the sun had risen and views of Iceland from the sky were as beautiful as when we were on land. 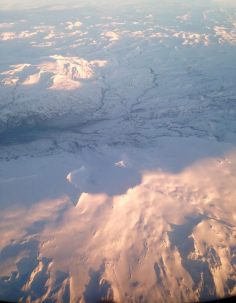 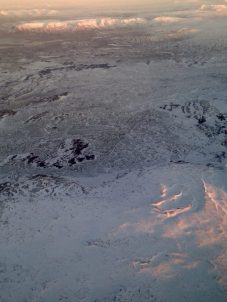 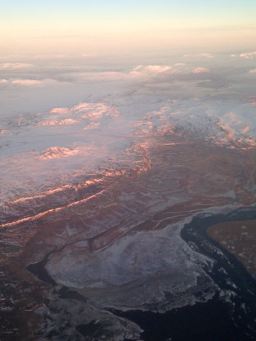 I’d love to go back to Iceland one day. I’d like to go back during their summer time to see how different the country looks in the opposite season. We only stayed there for a long weekend but I could easily stay there for longer. There is so much to and see. It’s a great place for nature lovers, explorers and adventure seekers.

Hopefully one day I will be able to go back.

Iceland will always be a favourite of mine.

One thought on “Iceland – A Favourite Of Mine”